Sometime before Christmas 2016 I started talking to a friend who worked for the HTA about RHS Chelsea Flower Show. I was hoping to get a newly developed plant from my client, Suttons, into Chelsea Flower Show ! As luck would have it, she was working on a stand for renown horticulturalist, Peter Seabrook.

He had linked up with the HTA (Horticultural Trades Association) to create a Chelsea garden celebrating his 50th anniversary of writing for The Sun newspaper.

And so it was after a lot of juggling, that Suttons fantastic new Dwarf Mulberry Bush, Charlotte Russe appeared on his stand called 40 Sunbury Rd in the Great Pavilion this May. He was so enamoured of it’s credentials it was entered into the RHS Chelsea Plant of The Year award. As was Suttons Edelweiss Blossom of Snow, showcased by Harperley Hall Farm Nurseries. I was delighted when out of 34 entries from the Great Pavilion Exhibitors, BOTH plants were shortlisted.

Imaging my joy when the Dwarf Mulberry Bush then went on to WIN RHS Chelsea Flower Show Plant Of The Year 2017!

Given it is a true dwarf, growing to 1.5 m max and hence ideal for container-growing, is self -fertile and seed free it has much appeal. Because it fruits in its’ first year and thereafter on old and new wood, you won’t have to wait years to enjoy the delicious fruits. I am not at all surprised it won. I’ve bought some due for delivery in September and look forward to Mulberry pies and Mulberry Gin! Yummy!

Limited stock available , (the first release sold out on the day of Launch at the Garden Media Press Event in February!) so pre-order at Suttons 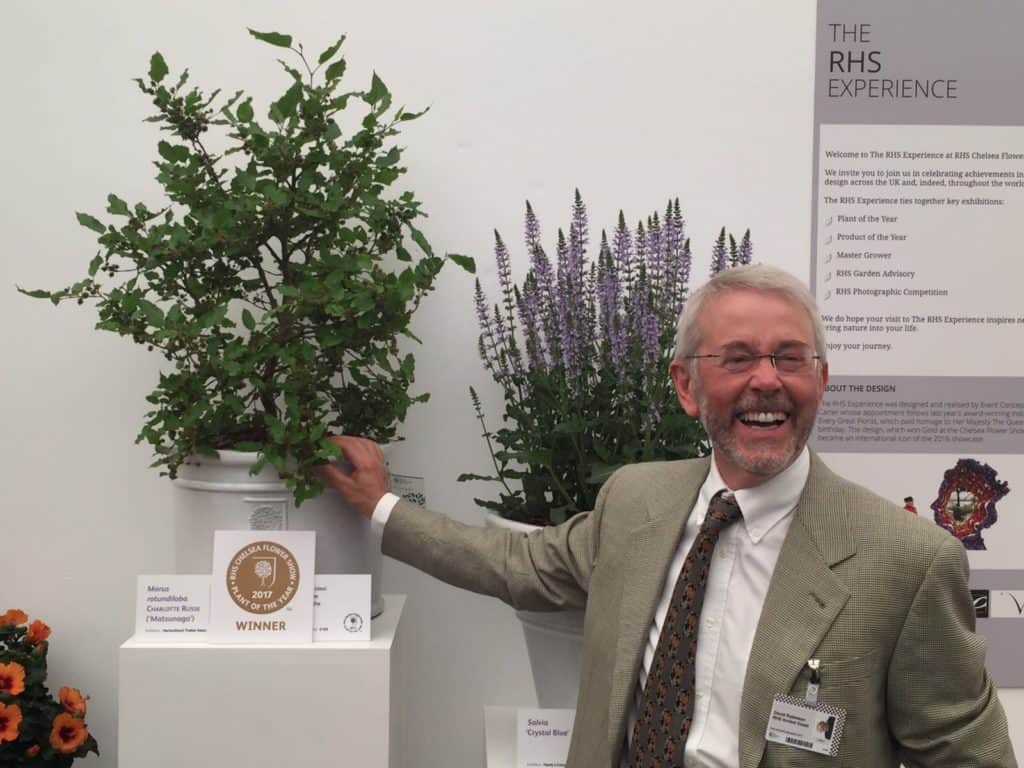 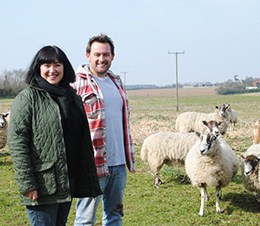 Follow up to BBC “A Farmers Life For Me” TV Programme

Imagine you could change your life overnight…Claire Hart catches up with one lucky couple who did just that by winning last years’ BBC reality TV show “It’s a Farmers Life For Me”. 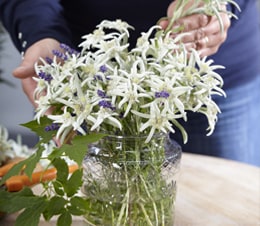 Another Gold Medal Client at Chelsea 2017

Grassroot PR was delighted to work with specialist nursery Harperley Hall Farm Nurseries from Northumberland, recently, in the run up to RHS Chelsea Flower Show. 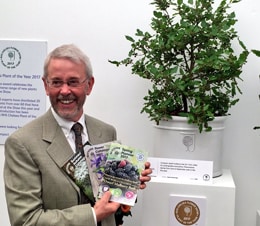 "We worked together for 3 years with Claire (2014-2016). Claire helped us to resume contact and dialogue we had lost with egg producers.
She allowed us to explain our position and format our arguments which were too technical. She was able to get in touch and find a way to present our products and our motivations to discuss with Commercial layer market."

"they quickly understand your business, creating strong
relationships with key media and journalists"

"Your work is great and what you have done since you started
has been fantastic. Exactly what we are after"

You can find out more about which cookies we are using or switch them off in settings.

This website uses cookies so that we can provide you with the best user experience possible. Cookie information is stored in your browser and performs functions such as recognising you when you return to our website and helping our team to understand which sections of the website you find most interesting and useful.

Strictly Necessary Cookie should be enabled at all times so that we can save your preferences for cookie settings.

If you disable this cookie, we will not be able to save your preferences. This means that every time you visit this website you will need to enable or disable cookies again.

This website uses Google Analytics to collect anonymous information such as the number of visitors to the site, and the most popular pages.

Please enable Strictly Necessary Cookies first so that we can save your preferences!